We’ve all heard that breakfast is the most important meal of the day. But how important is it for students? Research suggests that the odds of an 11 year old student achieving an above average score in a test were twice as high for those who ate breakfast compared to those who did not.

Beyond academic performance, eating breakfast is linked to a whole range of positive consequences. These include enhancing memory, increasing concentration, better eating habits throughout the day, improving physical and mental health, boosting energy levels and increasing the likelihood of them doing physical activity. This blog briefly explores each of these:

Unfortunately many students who are trying to lose weight believe skipping breakfast is a sensible plan. Not only is it an unhealthy approach (for most things high peak and low troughs are a bad plan), but missing breakfast actually primes the brain to search out high calorie unhealthy food as well as eating more food over the course of the day. Other studies have shown that people who identify themselves as ‘rarely eating breakfast’ consume less nutrients, fibre and calcium than their counterparts, whilst also eating a higher percentage of fat. 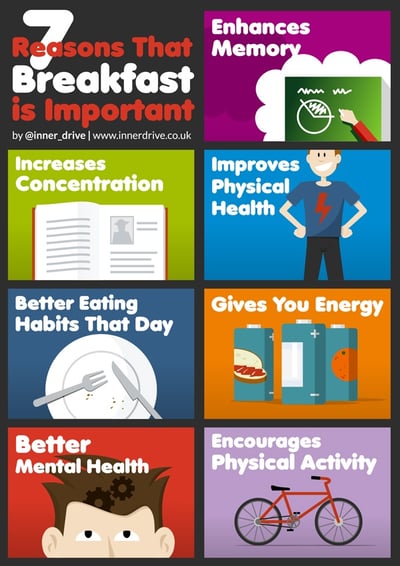 The authors of this study found that “individuals who consumed a cereal breakfast each day were less depressed, less emotionally distressed and how lower levels of perceived stressed than those who did not eat breakfast each day”. Although interesting, this doesn’t distinguish between causation and correlation.

Fortunately for us, this review suggests that “missing meals, especially breakfast, leads to low blood sugar and this causes low mood, irritability and fatigue”. It seems that missing breakfast isn’t just associated with poorer mental health, it actually causes it. In a separate study on school students, both boys and girls who ‘sometimes’ ate breakfast were found to do less Physical Activity then those who always did,

Skipping the first meal of the day has been demonstrated to increase the likelihood of becoming obese (possibly due to the poorer eating habits as discussed above) as well as developing diabetes and suffering from heart disease. Missing breakfast is also associated with an increase of cholesterol levels, which the NHS state narrows arteries and is more likely to lead to heart attacks and strokes.

It seems like the evidence is clear. Breakfast really is the most important meal of the day. In terms of mental well-being, skills needed to do well in school, physical health and lifestyle benefits, eating breakfast looks like a sure fire winner.

To see how else you can improve your learning through your morning routine, read our blog on The Morning of an Exam. 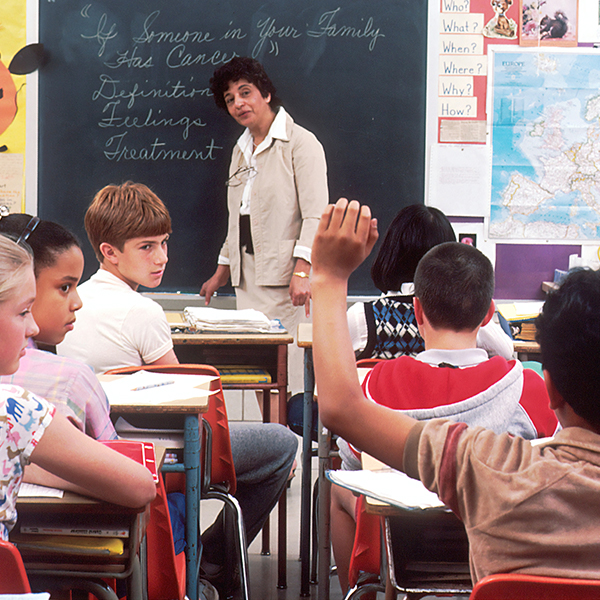 Do you know the difference between learning and performance?
So, what's next for cognitive science in education?
How can you make your school more research-sensitive?
Cognitive Load Theory in practice: completion tasks
5 neurodiversity myths that every teacher needs to know

The Science of Happiness END_OF_DOCUMENT_TOKEN_TO_BE_REPLACED