The saying “winning isn’t everything” gets thrown around in sports a lot. As much as your coach, your parents, or even you try to convince yourself of this, deep down, an athlete always wants to win.

Everyone knows how great it can feel, even for those people who are less competitive, or didn’t set out to win. It makes you feel happy and proud - some might even call it addictive.

But why is this actually the case? What happens in our brain that makes us want to win again and again?

The reason why winning feels so good is because it is actually largely chemical. There is a hormone in our brain called dopamine, which is linked to pleasure. And when we win, we produce more dopamine, which triggers a good feeling in the reward area of your brain, that you want to experience again and again.

But it doesn’t just feel nice; researchers have found that winning is also important in shaping people’s lives. All species have hierarchies, and your position within that will determine your health, mental function and mood. Therefore, winning is actually more important than a good feeling: it benefits our development and quality of life.

Not only that, but it may actually help us live longer. Research has found that Nobel Prize winners outlive the nominees by roughly two years, while baseball players who make it into the Hall of Fame live longer than those who are turned away.

What has the research found about winning?

Some interesting research, which was conducted after the 1992 Barcelona Olympics, looked to see how happy athletes were when they won, by looking at photographs to study the athletes’ facial expressions. The findings were surprising: those in first place were always happy, as were those in third. However, second place finishers often had a blank expression on their face.

This was because the silver medallists were comparing themselves to the gold medallists, and felt let down that they had lost their chance at winning gold so narrowly. In comparison, the bronze medallists were happy just to make it onto the podium.

So, for the silver medallists, they felt a regret of missing out on what might have been if they had just worked that bit harder. They were so focused on getting that gold medal, but they weren’t able to, leaving them feeling disappointed. In reality, they should still be proud of the performance they produced.

However, for one athlete to win, the others have to lose. You can’t always win, but to increase your chances next time around, you need to shift your mindset. So, here are our tips to bounce back when you don’t get the result you wanted…

After losing, your confidence is likely to suffer. The key to overcoming this is to acknowledge it rather than turning away. There are different strategies you can use to enhance your confidence, which include using your past to remind yourself of previous successes, your present to use positive self-talk, and your future to visualise yourself being successful.

It is important to remember that mistakes are important learning opportunities. They are necessary if you want to learn and get better. Coaches for example should try to shift the focus towards mastering skills instead of just rewarding for the outcome.

When athletes receive praise for developing and improving, these behaviours will still be encouraged, even when they don’t get the outcome they wanted. In the long term, this is what will eventually get you the win.

Often, it’s not the failure itself that athletes fear: it’s the perceived negative consequences of that failure that stresses them out. Psychologists have identified two strategies coaches can use to help reduce the fear of failure:

Build a team around you

A recent study suggested that social support is key to bouncing back from setbacks as it helps reduce people’s vulnerability to stressful situations. Encourage athletes to seek support from people around them, and build a team they can trust. This can help athletes bounce back from failure by:

Resilience is the ability to withstand pressures and adversity, maintaining performance and well-being through difficult situations. Here are four ways to develop individual resilience:

Research suggests that the ability to persevere and overcome setbacks is a key component in helping Olympic champions achieve their goals. If you want to learn more, here are 9 ways that Olympic champions develop their resilience.

The reality is that setbacks are inevitable at some point in your career, but quality feedback can help athletes avoid making the same mistakes again.

Be careful, though: feedback can be a double-edged sword. Done right, it can be one of the most effective ways to learn — done wrong, it can hinder learning hugely.

There are many ways to give better feedback. One of our favourites is to try to view it as feedforward instead, by putting an emphasis on what do next and how to get better, offering suggestions on strategies and pointing out behaviours that you want to see again.

It is important to remember that sport is unpredictable. Try and focus on yourself and the efforts you’ve put in, rather than the end result you want.

And remember: you won’t be able to win without some losses as well. Bouncing back from setbacks and failure is vitally important, and gives you an opportunity to learn and get motivated. Follow these 6 tips to bounce back from defeat and get that unstoppable feeling of winning again. 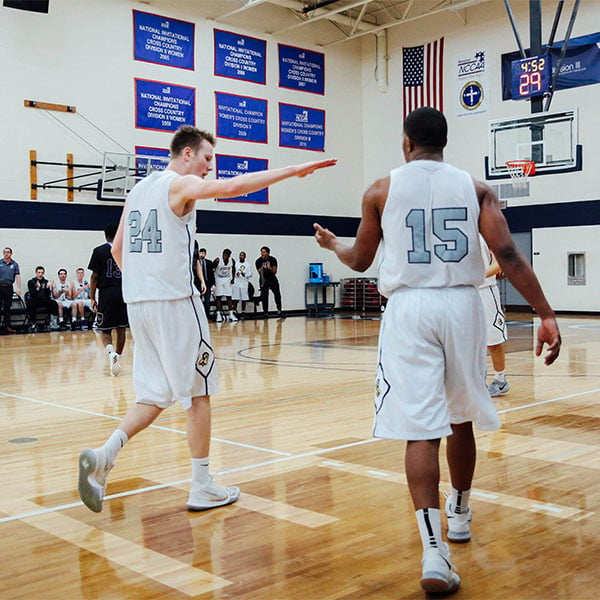