How to help players who have been released

How to help players who have been released

Every year, many players are released from academies or from professional contracts. This year, especially in the current climate, is no different.

Recently we wrote about how to help prepare players in their final year at a club regardless of the decision about their future. The harsh reality is that whilst a few payers will get professional contracts, many will be released. Of course, the support we would offer to those players is very much individual, however we thought we’d put together some of the key things that will help those players through this process.

For any athlete during this period, there will be lots of talk about what needs to get better or the ways in which an athlete is not as good as their peers - this can be really damaging to them. Therefore, spending lots of time helping the player think about what they are good at is going to be very important. For example, helping them think about their ‘super strengths’. This means encouraging them to pinpoint what parts of their game they excel in, or what resources they have that makes them stand apart from their peers. Recognising their own strengths will help them to feel better, even in a tough situation.

Some nice ways to do this include making lists, mind maps, presentations or even posters with the player. These serve as a reminder that they have a lot of strengths within or outside of their sport that will help them in the coming weeks/ months.

This process should also include other areas of life or transferrable skills that they can use outside of sport!

Generally speaking feedback is important for players at any stage of their development. However, when they get released, it is easy for players to be given the news, train until their contract is up and leave. At best, sometimes players might get feedback from their manager or one of their coaches. There is however a variety of sources that they can receive feedback from. As such, we encourage our players to ask for feedback from as many coaches and support staff as possible.

There are a couple of reasons for this:

Tip: a nice way we have done this with our players is to collate all of the feedback somewhere central and start making action points based on it.

When players are released it can be very easy for them to think that they have lost everything. And whilst it might seem like this initially the reality is that they may still have a chance to play/continue their journey elsewhere. This being said, it’s important for players not to be so motivated by the idea of new opportunities that they start to develop ‘blind optimism’.

So, what does this mean for players? Well, it means that whilst they should not be pessimistic about their situation, they should also not be too optimistic; meaning they should try and find some sort of middle ground. We call this ‘realistic optimism’. This would mean fully acknowledging the situation they are in whilst still maintaining a sense of hope that things will get better again and to be motivated by that. This idea is summed up really nicely in one of our other blogs about the Stockdale Paradox.

Keep calm and carry on

It’s important that during this time players keep doing what they are used to. For example, keep training, keep playing where possible and so on. This is because the next opportunity to trial could be around the corner, so the player’s job is to make sure that they are ready for whenever it comes.

Goal-setting can help players with this. This helps them plan their training and have a purpose for training too. It will also help to supplement the players with a sense of purpose overall as it can be easy for released players to feel as though they are lost. Here’s a guide on how to do goal-setting right.

Having the right team around you is important at the best of times. However, during difficult times like a release, ensuring the player has people around them that they can trust and who will help them is vital. Often players can be surrounded by people that want things from them or who are there because they are an athlete. It’s likely that these people will disappear over time which can leave the player feeling quite isolated. Often, making sure that there are people for them to talk to and to help nudge them in the right direction works really well.

For example, this doesn’t just mean coaches, physios or sport psychologists. Whilst these people are all important, a player should also have people away from their sport to talk to as for some players they might not want/get an opportunity to play at the level they were at before.

Whilst this can be a difficult time for most players and, although it’s certainly easier said than done, it can become an opportunity for growth too. It can be very easy for players to start thinking short term. However, they should be encouraged to ‘zoom out’ a bit and view this as a blip in the entirety of their career as this will help them to stop catastrophising. 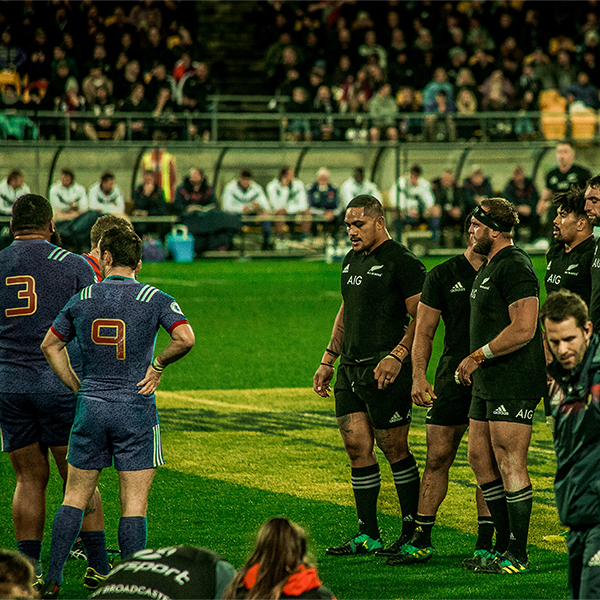 Performing after lockdown: how to bounce back END_OF_DOCUMENT_TOKEN_TO_BE_REPLACED