There is something unique and special about the feeling one gets from scoring a goal. In the first few seconds after the ball crosses the line, players and fans feel the combination of both elation and relief. But what is the psychology of celebrations? Do fans celebrating and supporting make any impact on what happens on the pitch? And what about some of the most famous and iconic fan celebrations – where do they come from? A team of Sport Psychologists at InnerDrive investigated…

The Impact of Fans

Players often hear the crowd and are spurred on for one last big effort. One study found that when athletes receive frequent encouragement, effort levels increased by up to 7%. Performing in front of a crowd can also provide a positive distraction from fatigue. Focusing on the crowd and thriving off their atmosphere and energy has been demonstrated to be an effective strategy to help athletes when they are tiring and about to 'hit the wall'.

Fans often use visual aids to help them support their team. These visuals often come in the form of flags, banners, homemade placards and even personalised shirts. Visual representations of encouragement can be used to create an atmosphere that influences athletes both physically and psychologically. In fact, it has been found to help boost the physical strength of athletes by up to 8%. This effect was most apparent during high intensity performances, which makes it the perfect strategy for the World Cup

Smiling is the single most noticeable sign of happiness in the catalogue of human expression. So, can a fans celebratory smile influence the performance of a player on the pitch? An experiment on this found that seeing people smile led to athletes working at maximum effort for up to 12% longer than those who saw negative faces. It literally made them more determined and resilient. So if in doubt, smile!

Celebrations From Around The World

Did you know that some of the most famous fan celebrations from around the world demonstrate how inter-connected the footballing family is? For example…

What Is It?
Fans clap together in unison and chant “huh” with each clap. After each one, they get louder and faster with the teams help.


What Are Its Origins?
Made famous at Euro 2016 by Icelandic fans, many falsely think that this celebration has roots in the country’s Viking history, as the celebration appears to be similar to that of an ancient battle cry. However, the celebration actually originates from Scottish football club Motherwell. When Iceland club team Stjarnan played there in 2014 their fans saw the Motherwell fans doing it and adopted it as their own. The celebration then became a constant feature in Icelandic league matches and was ultimately adopted by fans of the national team.

The Psychological Benefits
Performing a task together creates a sense of a collective between individuals. Research suggests that when people participate in tasks together they feel a sense of belonging which leads to more positive social interactions.

What Is It?
Supporters stand with their backs to their pitch, link arms and then jump up and down on the spot in unison with each other.


What Are Its Origins?
The Poznan celebration originated with fans of Lech Poznan in the 1960's who wanted to show their disappointment with the team management whilst still supporting the team itself. In order to do both, they turned their back on what they were seeing but continued to sign and dance. When Man City played Lech Poznan in 2010 they first saw ‘The Poznan’ and made the celebration their own whenever their team scores.

The Psychological Benefits
When fans participate in celebrations unique to their club they feel a sense of pride and collective identity. Research shows that when individuals become part of a sporting group they can benefit from experiences of social integration and personal enjoyment.

What is it?
Prior to kick-off, Liverpool fans all stand and sing the lyrics to the song “you’ll never walk alone” while displaying their home team scarf.


What Are Its Origins?
Originally written in 1945 in America for a musical, the song was adopted by Liverpool FC after it was covered by a local band. The lyrics highlight the best parts of being a football fan; unity, hope and resilience. The song has since been adopted by other clubs around Europe, including Borussia Dortmund in Germany, Celtic in Scotland and Feyernoord in Holland.

The Psychological Benefits
Wearing your teams colours is part and parcel of being a true football fan. Research shows that football fans wear their colours to symbolise identification, socialisation and personal pride. Equally, when people sing together, evidence suggest that they feel better, are more connected with each other and also feel more alert. 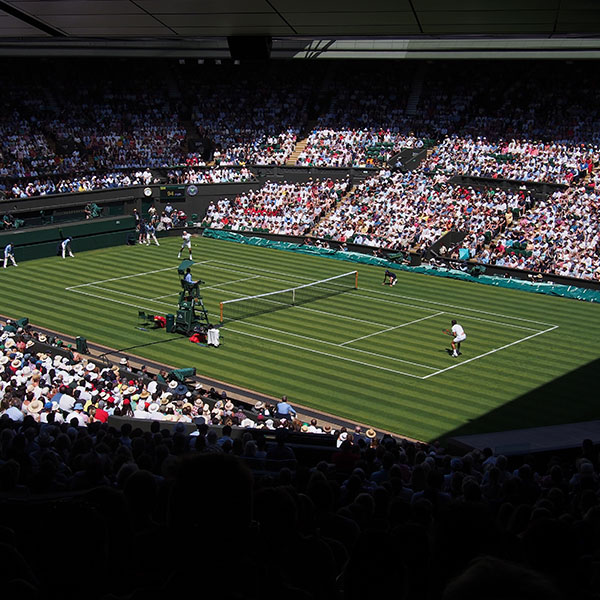 Sports Psychology and the Pressure of Knock Out Football END_OF_DOCUMENT_TOKEN_TO_BE_REPLACED