Everything you need to know about the Relative Age Effect

Everything you need to know about the Relative Age Effect

How much impact does the month you were born in have? We’re not talking about star signs here, but instead a curious phenomenon known as the ‘Relative Age Effect’. This is the name given to a fascinating phenomenon where being one of the eldest in a year group has a significant impact on your future academic or sporting success…

What is The Relative Age Effect?

The Relative Age Effect is a term used to describe how those born early in the academic year tend to perform to a higher level than those born later. This disadvantage may occur because those who are older are typically more physically, emotionally or cognitively developed than those who are younger.

For example, consider two different five-year-old children. One is born in September and is the eldest in the year – the other is born in August and is the youngest in their school year. Despite being in the exact same year group, the first child at this stage is almost 20% older than the latter. This means that they may appear from the outside as smarter, more advanced or more “naturally talented”, but the reality is that they are just older.

What areas Does the Relative Age Effect impact?

The table below shows data from a study aiming to demonstrate the Relative Age Effect. It looks at the percentage of students who achieved the expected standard in reading, writing and maths at the end of Key Stage 1 and 2, as well as the percentage of students who achieved five or more GCSEs at grades A*-C (or equivalent), including both English and Maths. 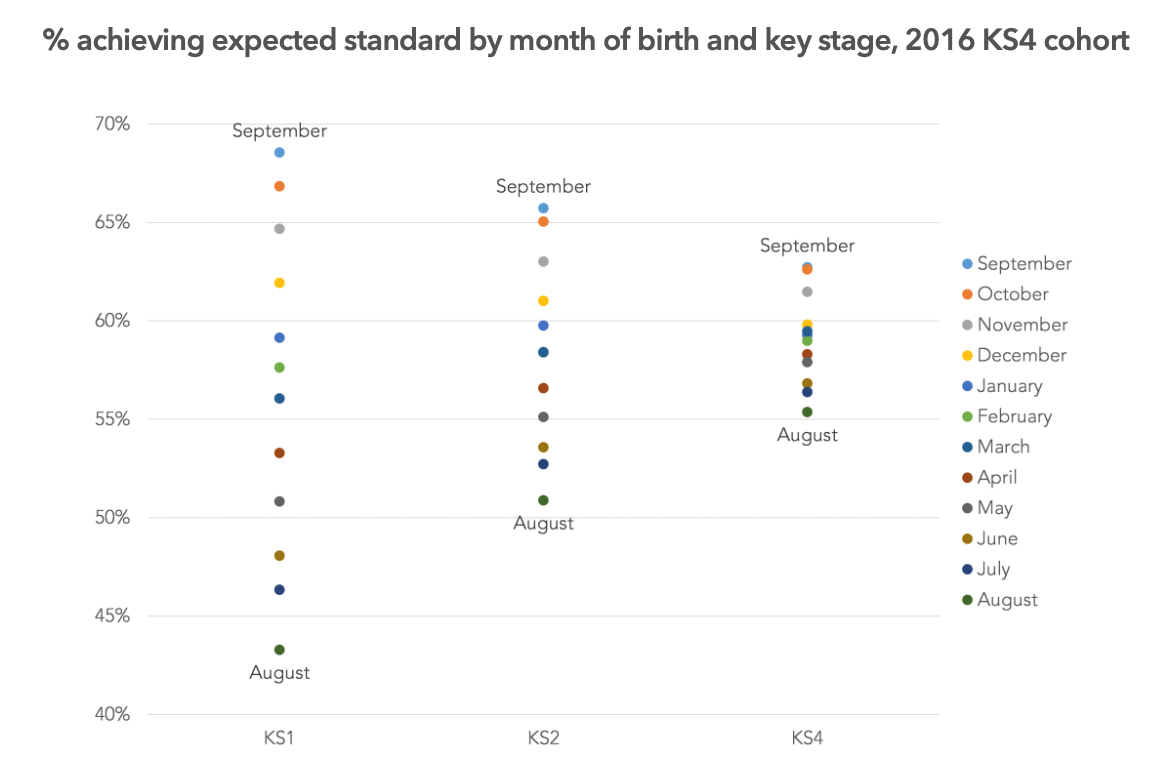 From the data, we can see a clear relative age effect. The students born later on in the year (and particularly those born in August) are less likely to achieve the expected standard when compared to those born earlier on.

The good news is that this gap appears to close as students progress through school, although August-born students remain 0.3 grades per subject behind their peers born in September at the end of Key Stage 4.

The researchers concluded that this occurred because younger students are always comparing their own academic achievements to those of older peers, who are often more cognitively developed at that time. This therefore leads younger students to develop a negative self-concept, meaning they do not attempt to enrol in college as they believe they will be unsuccessful.

At the end of Key Stage 1, every child is asked to read 40 short words, either made up or real, to test their phonic decoding. The table below shows that a child’s ability to read phonics is influenced by the relative age effect, such that the later in the year a child is born, the higher the chances are that they will not meet the expected standard of phonic decoding. This disability can cause problems for children, as research found that children aged 7-8 who struggle to read phonics can be hindered in their growth in both reading comprehension and word knowledge.

Recent research, which combined the findings of 38 different studies spanning 23 years, 14 sports and 16 countries found conclusive evidence for a Relative Age Effect. The study found that for every two participants born in the last quarter of an annual age group, there were over three participants who were born in the first quarter. More specifically, the researchers discovered that the youngest within the year group were less likely to participate in both recreational and competitive sport from under the age of 14, play at a regional or national standard aged 15-18 and become an elite athlete.

Even when we concentrate on football only, we see the same outcome. An incredible 57% of players at Premier League academies were born between September and December, whilst only 14% were born between May and August. Similarly, looking at the 23-man squad who recently represented England in the UEFA Nations League Finals, only 13% of them had a birthday in the last quarter of the year, a figure that should be around 25% were the Relative Age Effect not present.

Research has shown that the Relative Age Effect can be seen within both academia and sport. Its clear presence means that it is a phenomenon that both teachers and sport coaches need to be aware of to ensure that those who are younger are not disadvantaged when it comes to selection processes. Measuring their initial performance relative to their exact age, and not compared to older peers in the same year group offers a good starting point for this. 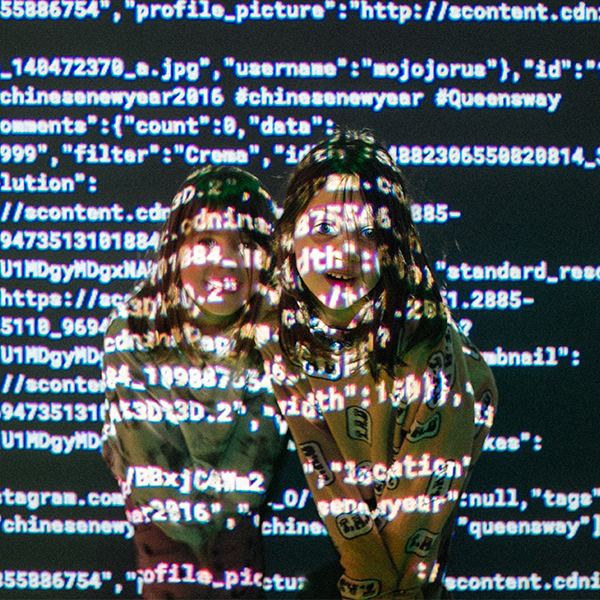 How learning to code benefits students
Improving social and emotional learning
Ed Tech and learning: the pros and cons
Interleaving your teaching
How Good Is Your First Attempt?

This is the best way to start your lessons END_OF_DOCUMENT_TOKEN_TO_BE_REPLACED