At first, we replaced blackboards with whiteboards. Now, we’ve moved on to ‘bigger and better’ technology by introducing interactive whiteboards into classrooms. As with any new development in education, we see many differing opinions about their impact on students. Whilst some may believe it is a waste of money, others praise the technology for its ability to make the learning process more efficient and enjoyable.

So, what exactly does an interactive whiteboard do? And is it worth the steep cost? We looked at the research to find out more…

What is an Interactive Whiteboard?

An interactive whiteboard is a large display that looks like a regular whiteboard but can be used for many different things: they allow staff and students to interact with the learning material through touching, drawing, and writing on the board. Using an interactive whiteboard whilst teaching also opens up opportunities for playing educational games with the whole classroom (that is, if  Ed Tech is your thing).

What are the pros and cons of interactive whiteboards?

There are some notable pros and cons of integrating technology with education and this is just another avenue to do so. Keeping classrooms up to date by using laptops, phones, and now interactive whiteboards offers the potential for students to excited about learning and to keep them motivated.

Having an interactive whiteboard in the classroom allows teachers to take advantage of new media and teach innovatively: they can use video, PowerPoint, and the internet to help students learn in many different ways.

The most significant and obvious downside to interactive whiteboards is their cost. Most school boards will not sign off on purchasing something so expensive if they don’t believe it will actually benefit students in an invaluable way. So, we’ve done the research and read up on all the pros and cons to having an interactive whiteboard in the classroom and we’ve deemed it a necessary luxury.

Research shows that using an interactive whiteboard in class can increase student learning and engagement. In that study, young students were placed into one of two classes: intervention or control. Those in the intervention class were taught using a SmartBoard over a 3-week period. The control group students were taught using traditional methods, such as textbooks and the occasional web page. Based on the differences between the pre-test and post-test scores, it was clear that the grades of students in the intervention class improved significantly, from a mean score of 60 to a mean score of 92.

This dramatic difference could have happened because students were more attentive in the intervention class as they were excited about the new technology. This does pose the possibility that there was a novelty effect, which may wear off over time. However, when asked about their experiences using the interactive whiteboard, 99% of students reported that they felt they learned better when it was used during lessons.

A study conducted on 197 middle school students and 10 teachers found that the introduction of interactive whiteboards was strongly welcomed by both groups and actually led to changes in the technology spending decisions. When used as an instructional tool, teachers consistently rated the interactive whiteboard as interesting, relevant, and appealing. This shows that teachers are as appreciative of its benefits as students.

Both students and teachers who have tried them are impressed by the features of interactive whiteboards and are enthusiastic about this new revolution in education. Although there is a steep price tag attached, introducing an interactive whiteboard into your classroom can boost your students’ learning and help them discover new ways to learn. It can make revision easier and teaching more efficient – two things that are very helpful to develop successful learners. 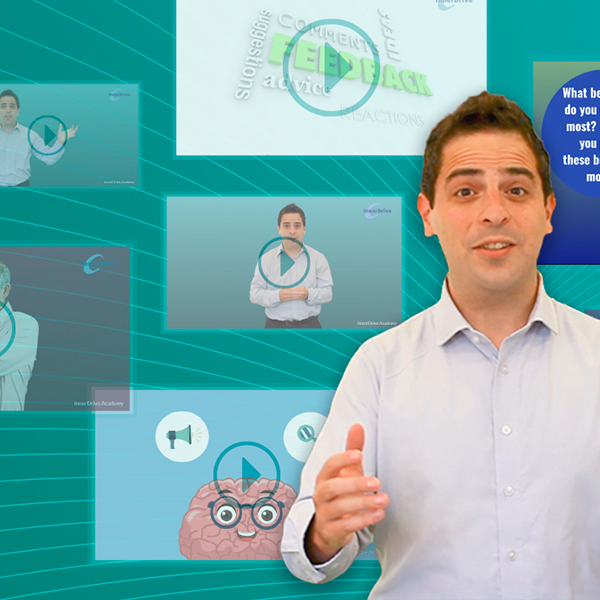 5 things to look out for in the next 100 days at InnerDrive
How does interleaving help struggling students?
Why sleep quality, duration and consistency matter
Teacher support and student well being
How to do acronyms wrong