Here is a two part challenge: find a single theory that explains why people are successful backed up by good science (spoiler alert #1: this doesn't exist). Then find lots of cool examples of that theory in action that students can relate to and aspire to be like (spoiler alert #2: this is easier than part one but still tricky as 'cool' is subjective and constantly changing).

While no single theory covers everything, we can at least teach what we think/know makes a difference and provide both the stories and the science behind it. Both are important. The stories capture students' imaginations. Seeing other people demonstrate skills has a big impact on your belief that you can do it. The science helps us back it up with evidence and ensures that they aren't being taught things like learning styles again. So here are some growth mindset stories and sciences.
Story number 1: In the late 1990s, Larry Page was struggling to sell his product to various businesses. Fortunately for him, no-one wanted to buy it, so he set up his own company, Google. He is an advocate of moonshot thinking, which in his words is 'having a healthy disregard for the impossible'.

So those are the stories. But what about the science? If you've already read about Dweck, feedback and persistence, then these may also be of interest: 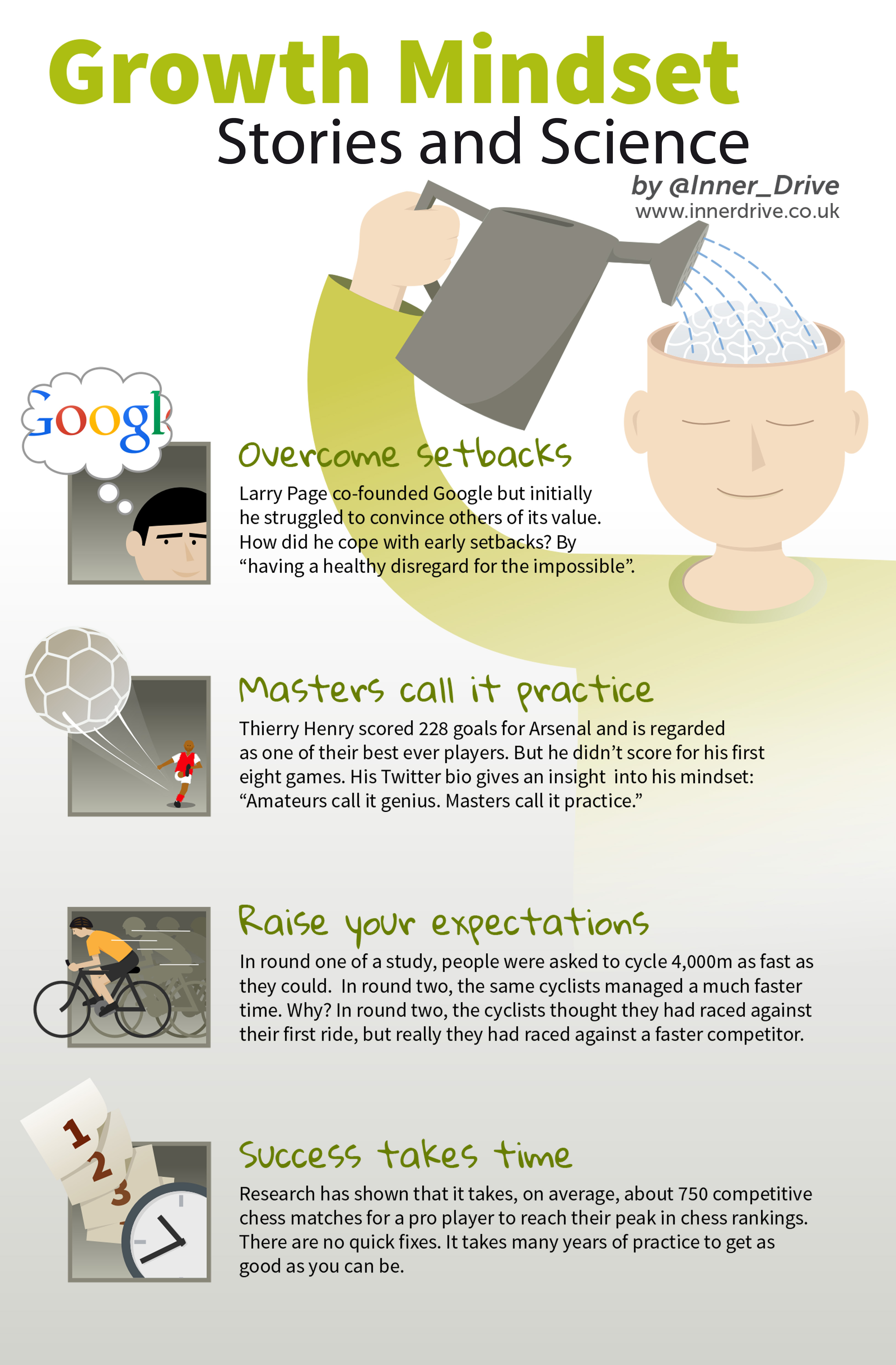 Science Research 2:
Robert Howard wanted to know exactly what made great chess players great. He found that, on average, chess experts tend to reach their maximum level after about 750 competitive matches spanning many years. Subsequent studies have confirmed that practice time alone doesn't explain career success (explaining Robert's frustration when the 10,000 hour brigade hijacked and misunderstood his research), although it is clear that chess greatness does not happen overnight nor without lots of effort.